Familiarity inspires confidence and is the basis for longstanding relationships. Thus we introduce to you: Guy, Josh and Jarome. We are the ones that will handle all aspects of your refinishing project, from the initial quote to the final clean up — guaranteed.

We’ll be the ones working on our hands and knees restoring your floors, from the initial assessment to the final cleanup. 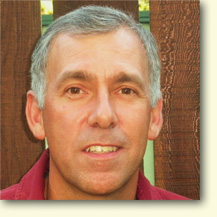 Guy CasavantGuy was introduced to hardwood floor refinishing back in 1978 when he worked for a short while with one of the regions veteran floor refinishers now presently retired. He stepped away from the trade and pursued a career as a missionary serving primarily in Eastern Canada finally to settle in the country of Haiti.

Spending a full six years in Haiti he came to love the culture and the people. Ask him about it and get him to say a few words to you in Creole. You will see that he is as passionate about Haiti as he is about hardwood floors. When it was discovered that he and his wife were expecting a child he promptly returned to Vancouver in the early 90’s to raise his daughter leaving part of his heart in Haiti, vowing someday to return.

Reuniting with Fernand Duclos of “Duclos Floors” once again he set himself to the task of mastering the craft of hardwood floor refinishing. He joined the National Wood Flooring Association. Following that he took a specialized course in Seattle offered by the NWFA on refinishing techniques. He considers it a privilege to have been personally trained by two of the most respected names on the continent in hardwood refinishing, Bill Price and Daniel Boone.

Once again he stepped away from the business and returned with his family to the Caribbean to continue his missionary work. After completing his near three year term he returned to the Vancouver area and established “Silver Leaf Refinishing Inc.” His goal remains to continue to specialize in hardwood floor refinishing.

Guy continues to perfect his skills ever staying abreast of the many changes and innovations within the industry. Guy has a great respect for his fellow flooring professionals and considers himself fortunate to be counted among the handful of dedicated artisans to the craft here in the Vancouver area. 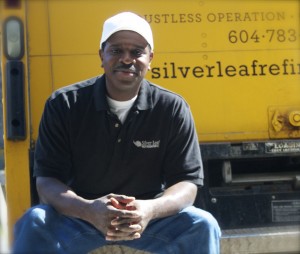 Jarome spent many years in various forms of construction on both residential and commercial projects.   Growing up in the Southern United States, he learned from his father how to work hard, be dependable and do the job right.  Excuses were not an option.  This led him to join the United States Marine Corp where he spent six years where hard work and dedication were just an everyday occurrence.   This military venture led him to an assignment in Canada where he met his wife and there he settled in the early 1990’s.

Jarome met Guy around 1995 but did not initially develop a business relationship.   At that time Jarome was the owner of a successful trucking company until he returned to Georgia for a short time to deal with some family affairs.  While in Georgia he resumed working in the construction field as a Project Manager for Hawk Construction and Home Improvement.   After returning to Vancouver he worked as a Construction Dispatcher for Canstar Restoration until he was approached by Guy in 2012 to assist him in running Silver Leaf Refinishing.    After accepting this offer and being personally trained by Guy, Jarome realized that he had finally found his passion.   It was hardwood floors!   Realizing that Guy was a master at this trade, Jarome wanted to be like him since Guy’s reputation for quality exceeds most who are working in this field. 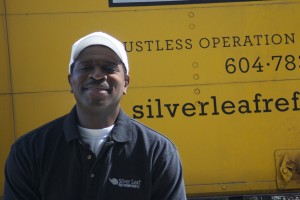 Jarome has made it clear that he is planning to expand upon what he has learned from Guy.   He is determined to continue his training by following the guidelines and standards of the National Wood Flooring Association.   He has used true wisdom by using not only the tried and true techniques of hardwood floor refinishing, but is also committed to staying refreshed with new and effective skilled, materials and training. With a desire for offering quality, Jarome will lead Silver Leaf to offer its customers the best products, service and value for years to come. 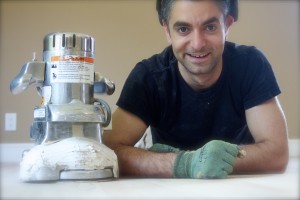 Josh Grande What a pleasure it is to have Josh working with the team. Josh is the newest member having added himself to the team after leaving a promising career in mechanical drafting. Having worked on the new additions to the Vancouver General Hospital, the Richmond Olympic Oval, Abbotsford’s Regional Hospital and numerous other projects he decidedly made a career move. Leaving mechanical plumbing and HVAC drafting for a far more satisfying work, he could not be happier.

He repeatedly states how satisfying hardwood floor refinishing is. The new challenges, unique skills and techniques he is mastering, gives him an increased sense of pride and fulfillment. He has come to see why Guy and Glen love this Weddingwork so. For Josh, few things are as fulfilling as taking a one hundred year old floor and bringing it back to life.

On a more personal note, Josh just got married. It is amazing how many analogies to marriage one can find in wood floor refinishing.

Some of Our Work