Below are some actual projects we have completed, showing the floors before and after. To read more testimonials please click here.

A 100 year old heritage home recently purchased near Commercial and 13th Ave. in Vancouver. Again the new owner did not believe that these floors had anything more to give. Seeking to preserve as much of the original heritage characteristics of the home as possible he was delighted to learn that yes, indeed these floors can be restored with amazing results. The kitchen floor itself had near six layers of paint applied to it as did the rooms. What lay beneath? This is what we professionals call a “blind date”. See the video of the time lapse restoration. It was a pleasure to resurrect yet again another floor and see the homeowner simply elated and in love with the end result. 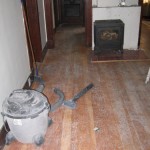 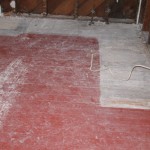 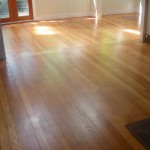 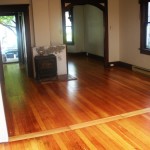 This bungalow in East Vancouver was built over 60 years ago. Years of traffic and wear had taken their toll. The new owners wondered if anything could be done in the kitchen area that was covered with linoleum since the house was built. The black adhesive had to be removed first. We knew that the flooring was fir but were sceptical as to the final appearance once restored. Wishing to maintain the original wood flooring from the era we were asked to go ahead and discover that which lay beneath. The client could not be happier. 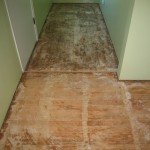 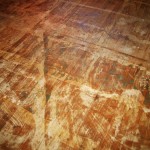 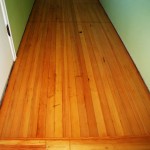 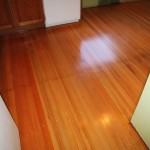 An 80 year old character home in the West Side/Dunbar area. A major renovation was decided upon which called for the repositioning of walls. The client wanted the old fir flooring removed from the now open hall area and the heritage oak flooring from the dining room to extend into the newly opened area. Working with the interior decorator and homeowners it was decided that a discreet feature strip would not only tie the two adjacent floors together but would frame the central hall area. The work of restoration was tedious and time consuming. What a reward and pleasure to imitate the craftsmen of old. We have tremendous respect for these craftsmen who at the turn of the 19th century would install these rich detailed floors by hand for only 8-10 cents a square foot! Can you believe it? 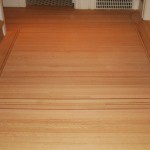 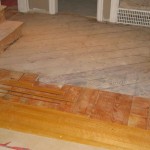 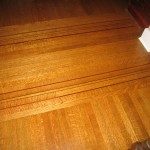 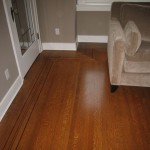 A 100 year old “Foursquare” heritage home recently purchased near Commercial and 1st Ave. The client did not feel that the floors could be salvaged and seriously considered carpeting the entire floor. These floors had been sorely treated and neglected for many a year. These newly restored floors show well how heritage fir floors can come back to life with the rich “character” of 100 years of living. Fir floors tell a story indeed! 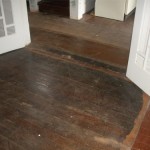 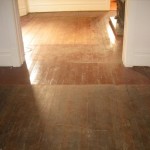 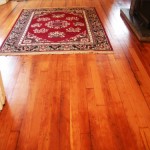 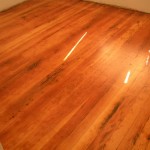 Some of Our Work